Getting info on microservices mocks

Well, now that you have installed Microcks, created your own API/Service repository using OpenAPI, AsyncAPI, gRPC, GraphQL, SoapUI or Postman and discovered how to import and browse content, you are ready to learn more about how to use mocks managed by Microcks.

First, let’s have a look at the summary page presenting an API or Service managed by Microcks. This summary page contains three sections related to different parts of the API/Service : 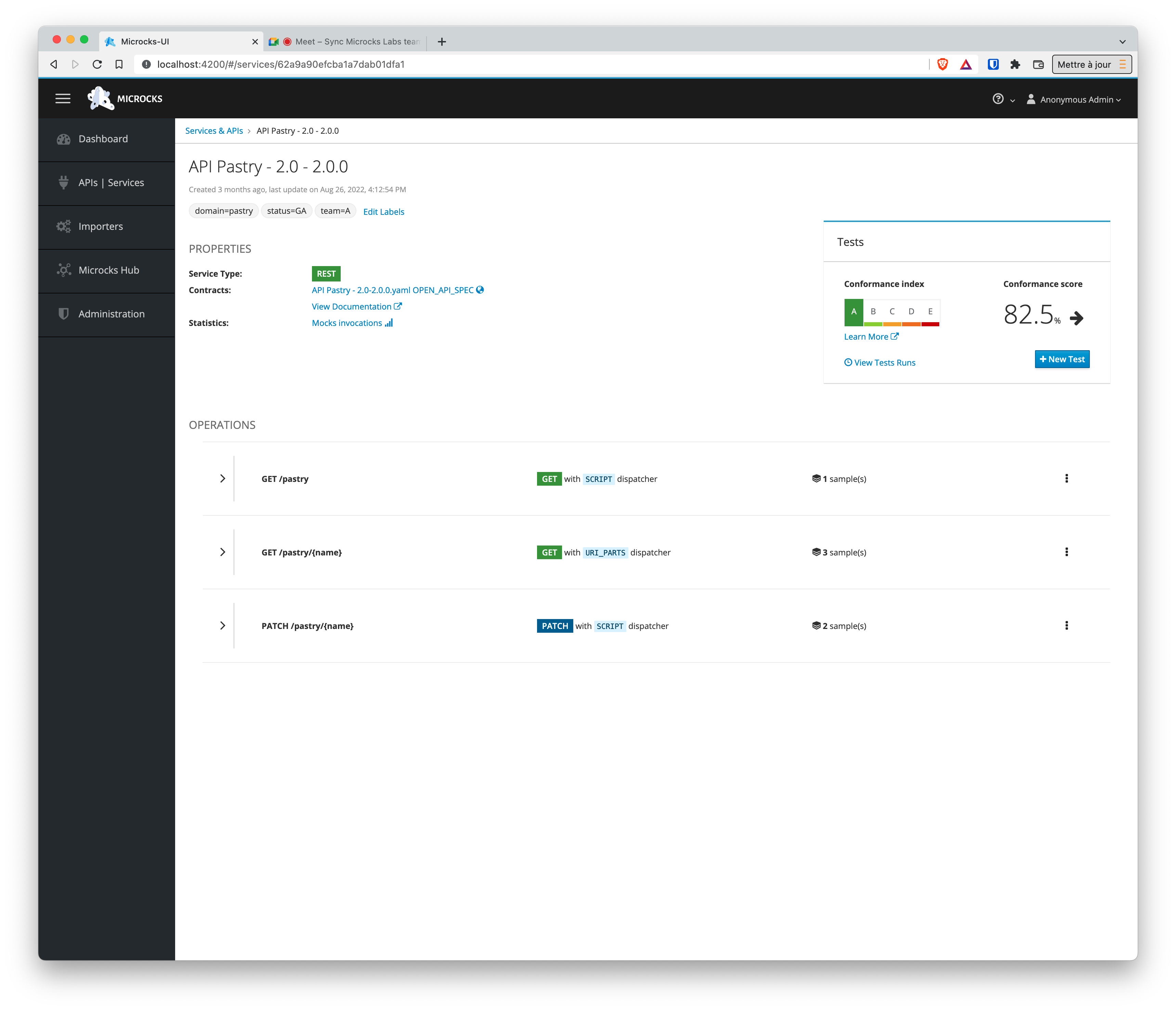 Here’s an example of summary page for a SOAP Service mock : 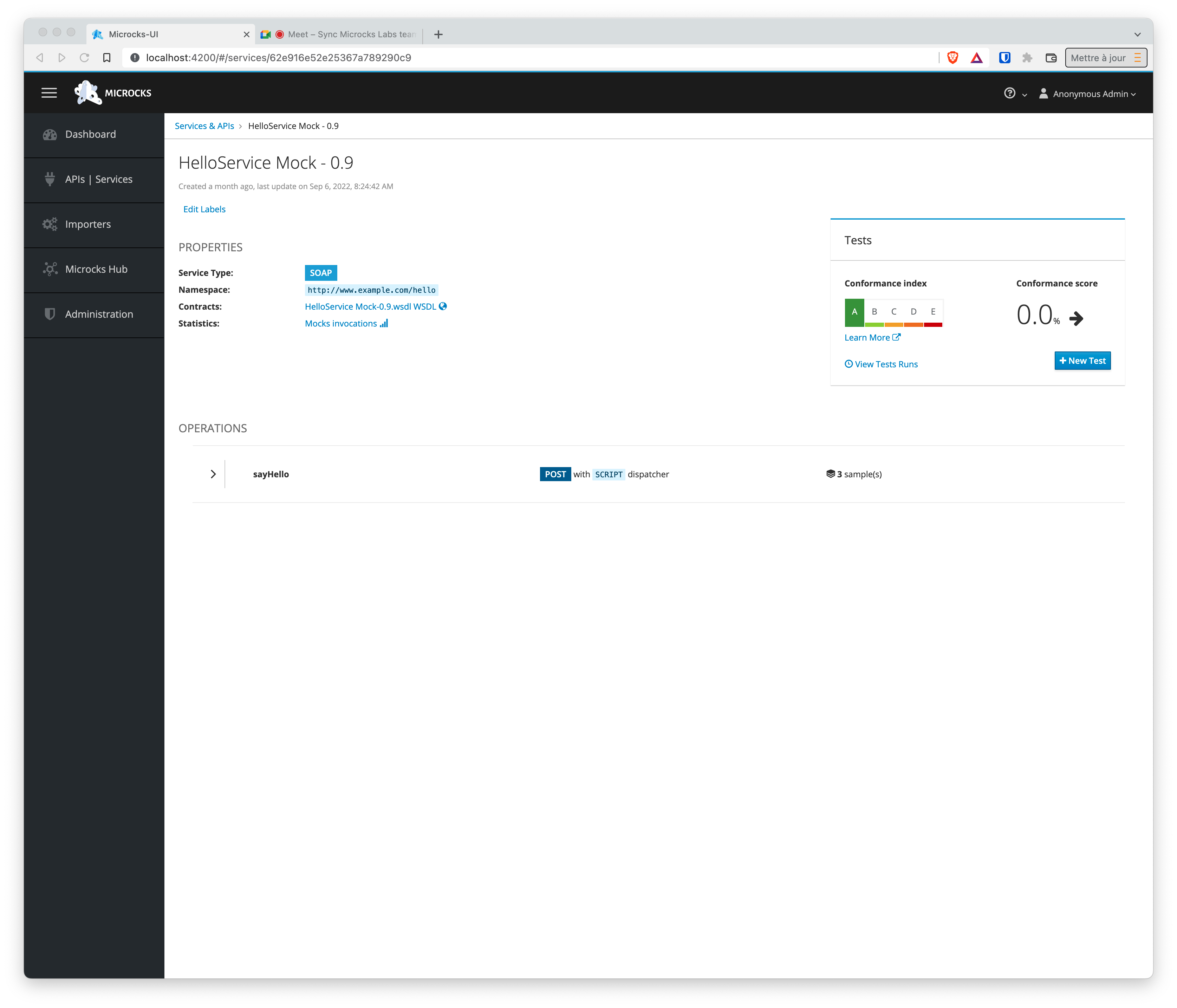 Let’s now focus on the Operations section of this page. A click on the operation name unveils its details. Within an Operation panel, you will get generic information on this operation as well as visualization of typical request/response pair examples (payload content and headers). Two major highlights should be pointed out here : 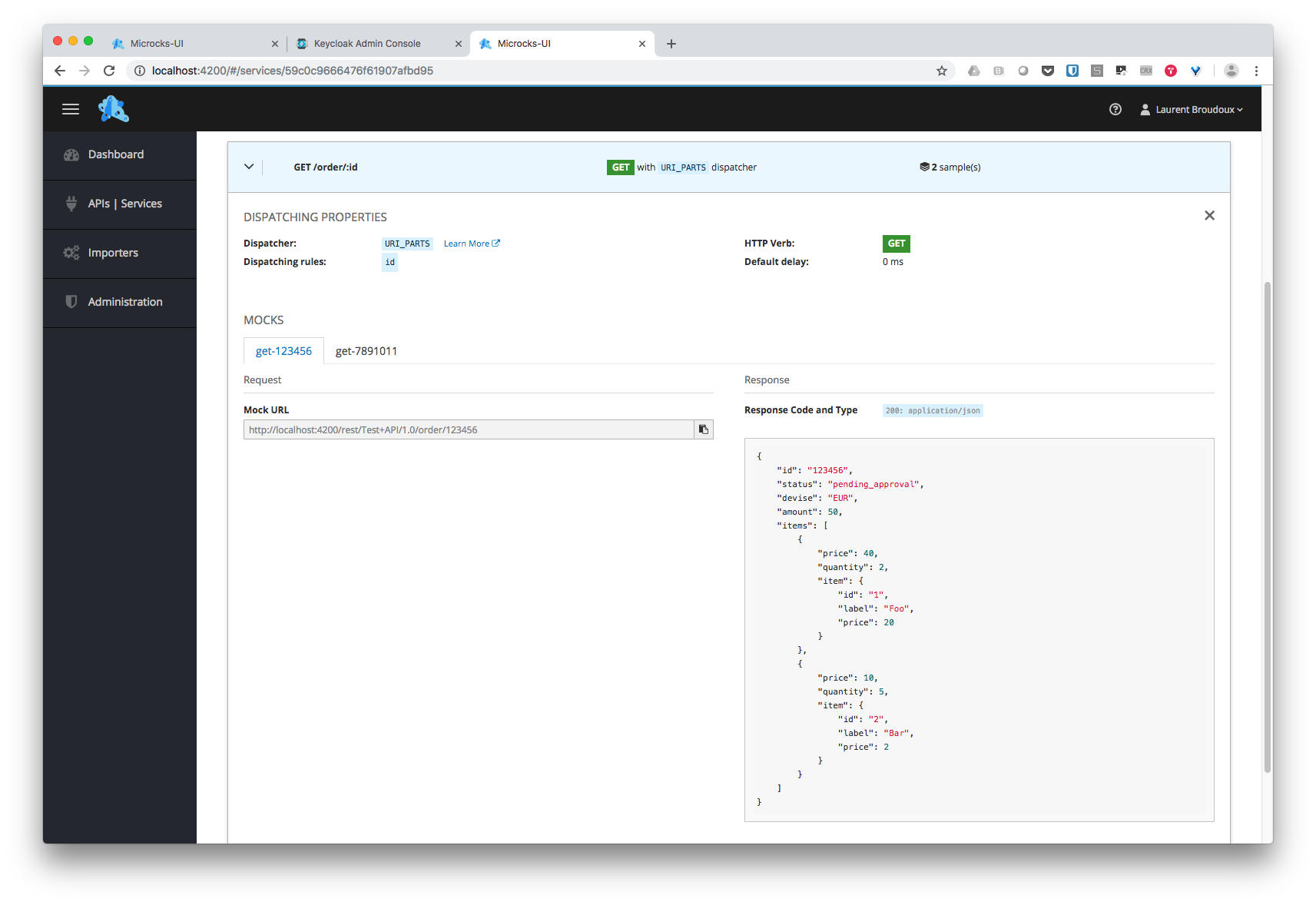 In the REST API mock example above, you will guess that the :id part of the Mock URL is used as the only criterion for finding a specific response when invoking the mock. In the SOAP API mock example below, we use a much more elaborate dispatcher called QUERY_MATCH and use the companion XPath expression provided as Dispatching Rules to extract from the request payload the criterion for finding the matching response. 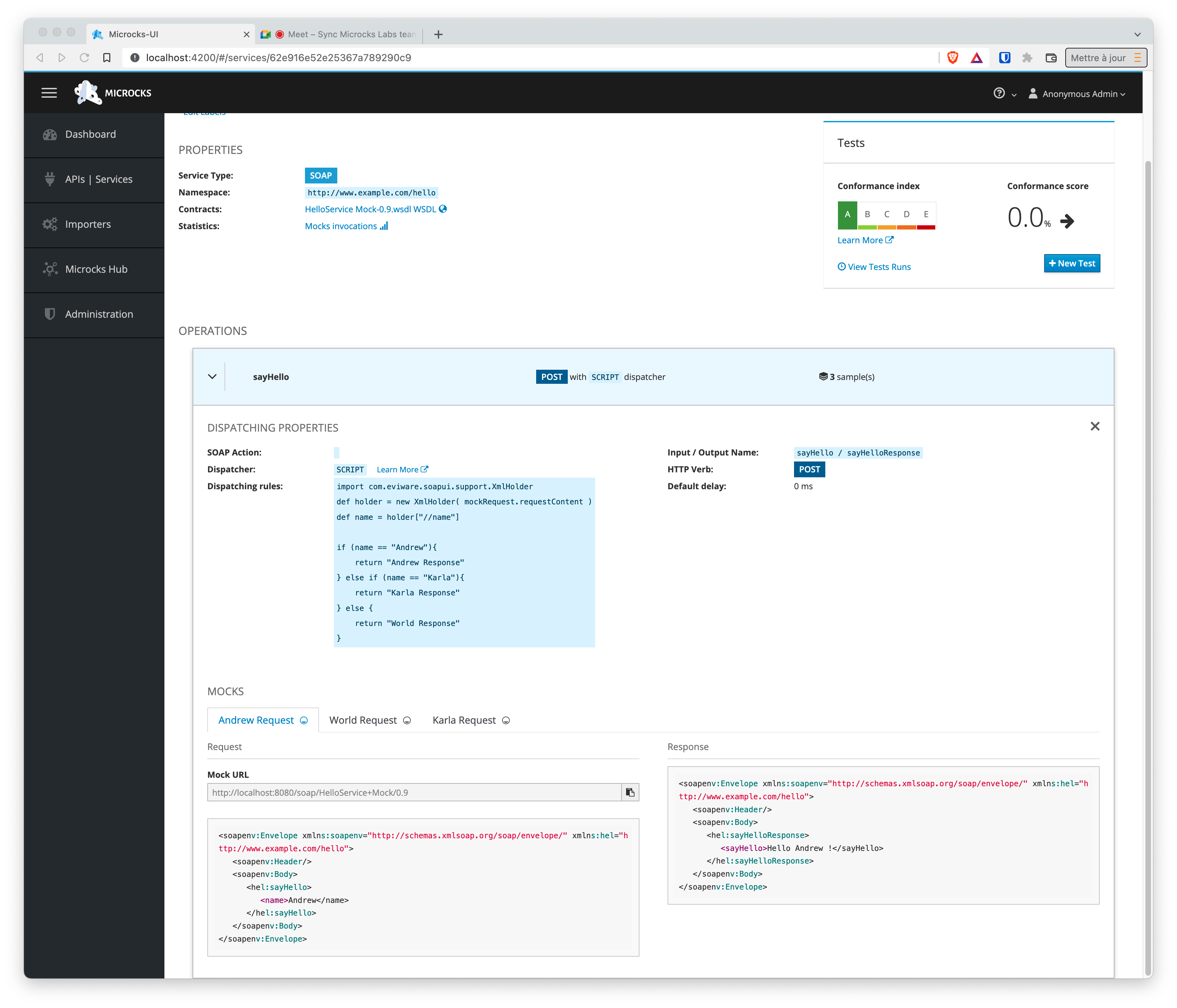 Invoking Mocks is now pretty easy if you have read the section above! Just use Microcks for searching the API/Service you want to use and then explore the operations of the API/Service. Find the Mock URL and the Http method of the corresponding operation, look at the instantiated URI for each example request/response pair, copy the URI to your favorite http client and you’re ready to go!

As a rule of thumb, here is how the URL fragments for mocks are built and exposed within Microcks :

Some examples in the table below for a Microcks server reachable at http://microcks.example.com :

These parameters may be used in addition of the Mock URL displayed on the microservice’s information page and should be append to the query URL. You will end up with URLs such as : http://microcks.example.com/soap/HelloService/1.0/sayHello/?delay=250&validate=true