Starting with version 1.5.1, Microcks is supporting Sxwagger mocking and testing thanks to the new multi-artifacts support feature. In order to use Swagger in Microcks, you will need 2 artifacts for each API definition:

In order to be correctly imported and understood by Microcks, your Postman file should follow a little set of reasonable conventions and best practices.

We recommend having a look at our sample Swagger API for the Beer Catalog API as well as the companion Postman collection to fully understand and see those conventions in action.

Let’s dive in details of our sample Beer Catalog API.

This is a fairly basic Swagger API. You can see below an excerpt of the the definition using Swagger below found in BeerCatalogAPI-swagger.json file and defining 3 operations:

Considering the first comment line of this file, when imported into Microcks, it will discover the Beer Catalog API with version 0.99 and 3 operations that are: GET /beer, GET /beer/{name} and GET /beer/findByStatus/{status}.

Specification of examples is done using a Postman Collection as examples cannot be attached to main Swagger and thanks to Microcks 1.3.0 multi-artifacts support feature.

Using Postman, just create a new Collection - using the same name as Swagger API and adding the custom property version at the beginning of description like illustrated below:

You can now start organizing and creating requests those verb and url are matching with the Swagger API operation path and verbs. For our example, we’re specifying the three operations: GET /beer, GET /beer/{name} and GET /beer/findByStatus/{status}.

Note in the example above that Microcks doesn’t care on Postman request name but checks the verb and the url. Here we define request and attached examples for the Swagger GET /beer/{name} operation. The ehcked parts are the verb (GET here) and the url (/beer/:name is equivalent to /beer/{name} path).

You may then define different examples for each request. Below is a basic example but Templating expressions and functions are obviously supported: 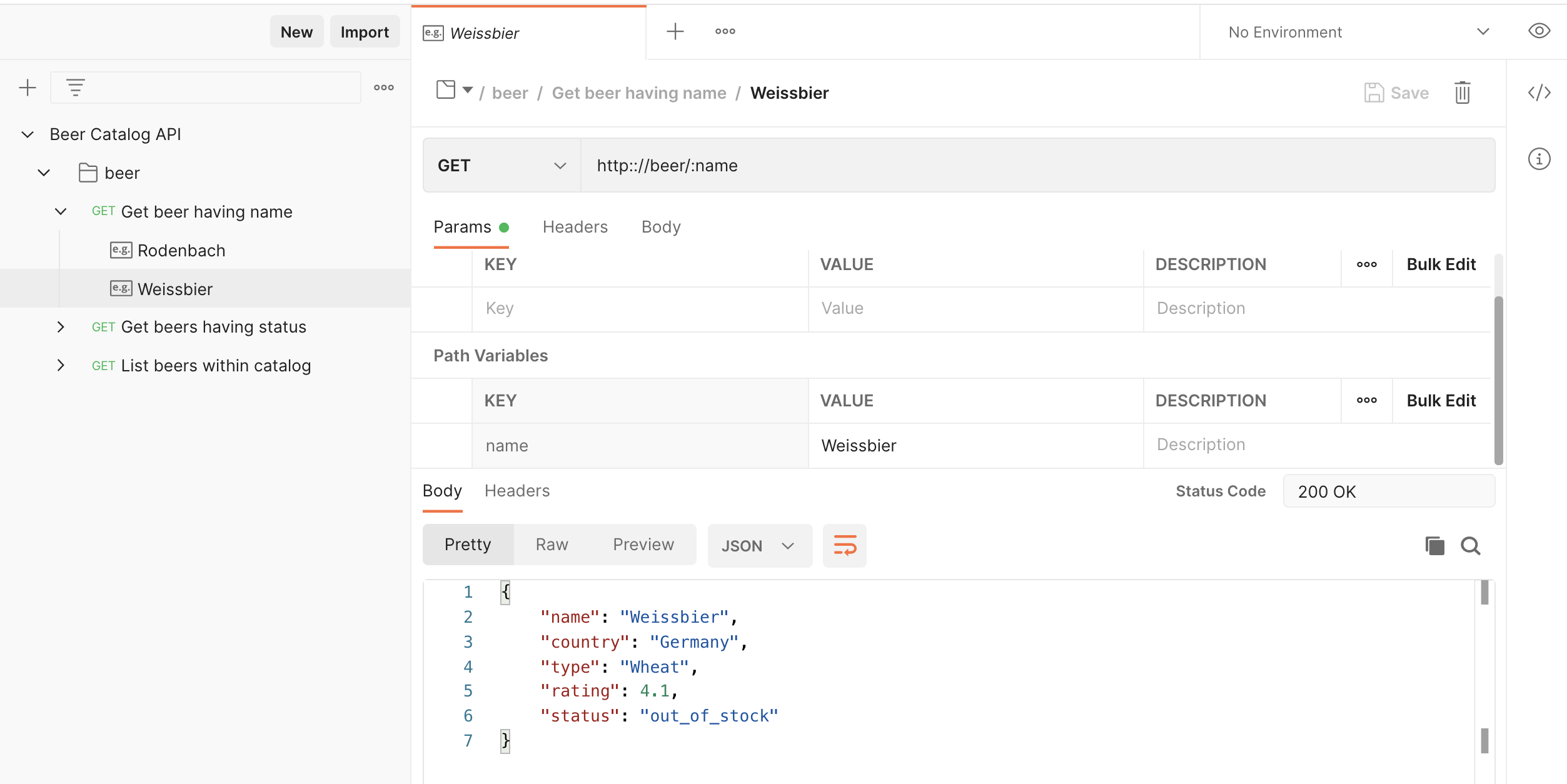 Both artifacts should be imported into Microcks either through direct upload or scheduled import. The important thing to notice is that the Swagger specification artifact represents the main or primary artifact for this service definition and that the Postman Collection represents a secondary artifact. You have to mention it when importing it otherwise your API definition will be overwritten!