GraphQL is a query language for APIs and a runtime for fulfilling those queries with your existing data. GraphQL provides a complete and understandable description of the data in your API, gives clients the power to ask for exactly what they need and nothing more, makes it easier to evolve APIs over time, and enables powerful developer tools. So that’s a perfect fit for Microcks Service | API model and features 😉

Starting with version 1.5.0, Microcks is supporting GraphQL mocking and testing thanks to the new multi-artifacts support feature. In order to use GraphQL in Microcks, you will need 2 artifacts for each API definition:

In order to be correctly imported and understood by Microcks, your GraphQL IDL and Postman files should follow a little set of reasonable conventions and best practices.

We recommend having a look at our sample GraphQL API for the Movie Graph API as well as the companion Postman collection to fully understand and see those conventions in action.

Let’s dive in details of our sample Movie Graph API.

This is a fairly basic GraphQL API that is inspired by the famous Filmsamples you find on Graphql.org. You can see below the definition using Schema IDL below found in film-1.0.graphql file:

Considering the first comment line of this file, when imported into Microcks, it will discover the Movie Graph API with version 1.0.0 and four operations that are: allFilms, film, addStar and addReview.

Specification of examples is done using a Postman Collection as examples cannot be attached to main GraphQL Schema and thanks to Microcks 1.3.0 multi-artifacts support feature.

Using Postman, just create a new Collection - using the same name as GraphQL API and adding the custom property version at the beginning of description like illustrated below:

You can now start organizing and creating requests that are matching with the GraphQL API queries or mutations operation name. For our example, we’re specifying the four operations: allFilms, film, addStar and addReview.

If you have imported or define you GraphQL Schema API into Postman, you can also directly create a Collection from it. In that case, Postman will auto-organize content using the /queries and /mutations folders like below. This is convenient but not required by Microcks. 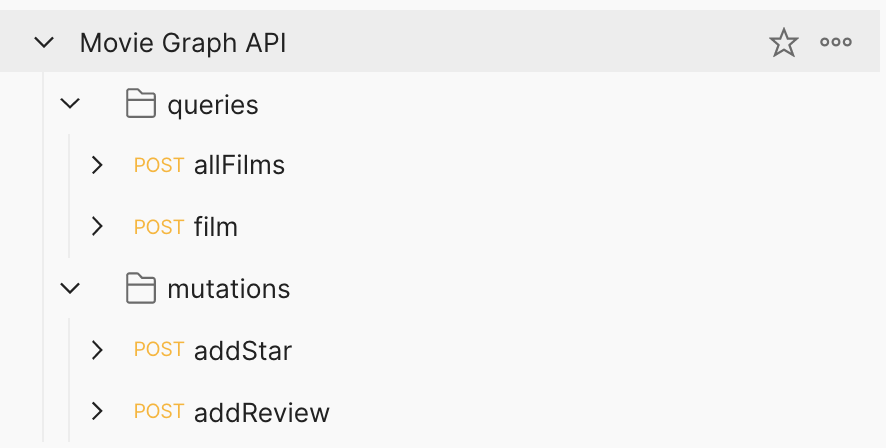 The next step is now to create a bunch of examples for each of the requests/operations of your Collection as explained by the Postman documentation. You’ll give each example a meaningful name regarding the use-case it is supposed to represent. Example url must also match the name of the GraphQL operation method; here we have a simple {{url}} because the url at the upper request level but this one must have the http://allFilms value.

You’ll define examples using simple JSON for request body and for response body as well. Below is a basic example but Templating expressions and functions are obviously supported: 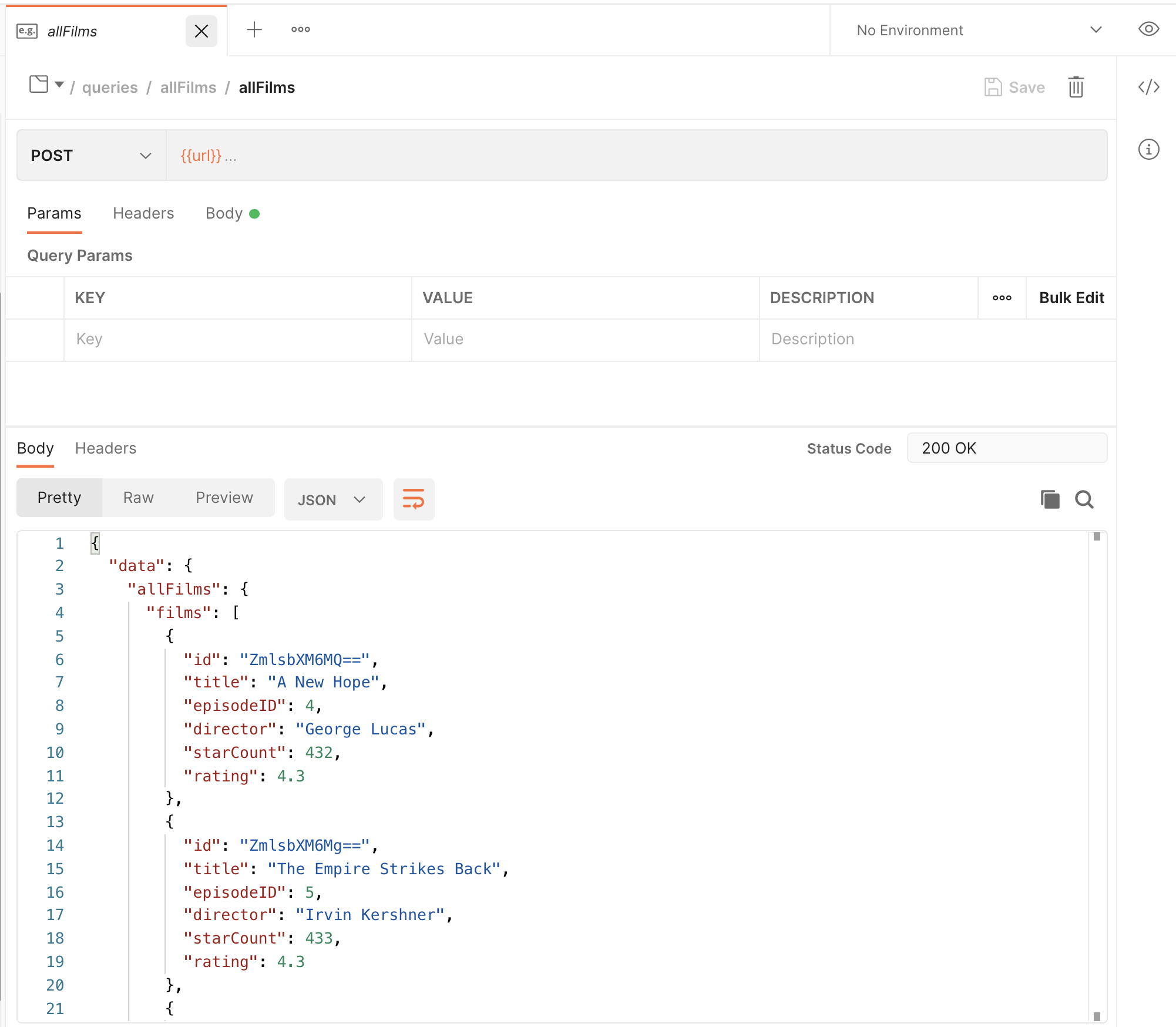 One particular things of GraphQL is that it allows API consumers to select the fields they want to have in response. Microcks GraphQL mocks are smart enough to realize that filtering but you should take care to define every possible fields value in your Collection examples. Otherwise, missing fields could not be retrieved by consumers.

Both artifacts should be imported into Microcks either through direct upload or scheduled import. The important thing to notice is that the GraphQL Schema artifact represents the main or primary artifact for this service definition and that the Postman Collection represents a secondary artifact. You have to mention it when importing it otherwise your GraphQL API definition will be overwritten!

In order to be able to find response associated to incoming request, Microcks is using the concept of dispatcher. Default dispatcher and associated dispatcherRules for an operation is generally inferred by Microcks at import time but can be later overwritten.

GraphQL API mocks in Microcks support 5 different types of dispatcher. The first two can be directly inferred by Microcks during the import of GraphQL Schema:

Other dispatching strategies can then be set up with dispatcher and dispatherRules customization:

You’ll be able to directly import these dispatching rules from your Git repository as well, thanks to API Metadata documents! Look at the companion API Metadata file of our sample and try importing it at secondary artifact :wink: