Some Microcks mocks specific metadata or properties cannot be fully deduced from common attributes coming from OpenAPI or AsyncAPI. Thus we should rely on default values can be later overwritten by manager within Microcks either using the UI or through the Microcks API. That’s the reason why we introduced OpenAPI extensions and AsyncAPI extensions starting with Microcks 1.4.0 release.

But sometimes you don’t want to add some x-microcks extensions attributes into AsyncAPI / OpenAPI document OR you’d need to specify these metadata and properties for some other artifact types like Protobuf + Postman collection for GRPC mocking for instance 😉.

Hence we propose defining these metadata and properties into a standalone document called an APIMetadata ; document that can imported as a secondary artifact thanks to the multi-artifacts support now in Microcks.

For the later gRPC use-case, it means that the Defining dispatch rules step can be done automatically by importing another artifact that lives right next your files in Git repo.

Let start with an example! Here’s below an illustration of what could such an APIMetadata document for one API. If you’re a reader of the Microcks Blog, you’ll notice this sample API with custom dispatching rules was introduced into the Advanced Dispatching and Constraints for mocks post.

This example is pretty straightforward to understand and explain:

Note that we can use multi-line notation in YAML but we will have to escape everything and put \ before double-quotes and \n characters if specified using JSON.

The semantic of those attributes are exactly the same that the one introduced into OpenAPI extensions and AsyncAPI extensions.

When you’re happy with your API Metadata just put the result YAML or JSON file into your favorite Source Configuration Management tool, grab the URL of the file corresponding to the branch you want to use and add it as a regular Job import into Microcks. On import, Microcks should detect that it’s an APIMetadata specification file and choose the correct importer.

Using a Hello GRPC metadata example here, you should get the following screen. Do not forget to tick the Secondary Artifact checkbox! 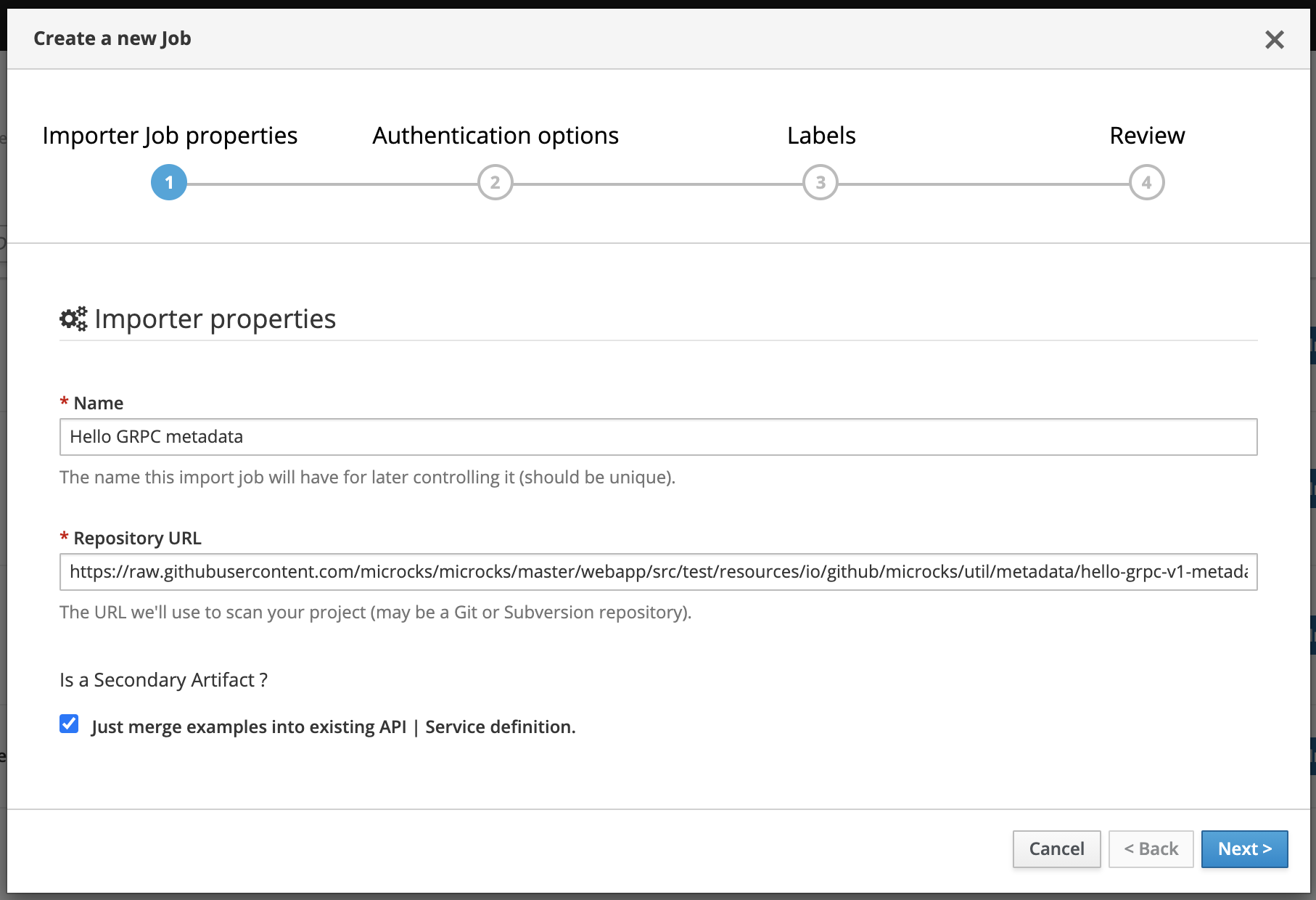