We are proud to announce the 1.5.1 release of Microcks - the Open source Kubernetes-native tool for API Mocking and Testing. We considered it a minor release this time as it “just” brought a new protocol binding and a lot of enhancements!

Once again this release is an illustration of how community-driven the roadmap is: AMQP and Swagger v2 support as well as more enhancements came directly from user requests. So thanks a lot to those who helped push up a new release with significant features once again. Kudos to all of them 👏 and see greetings below. 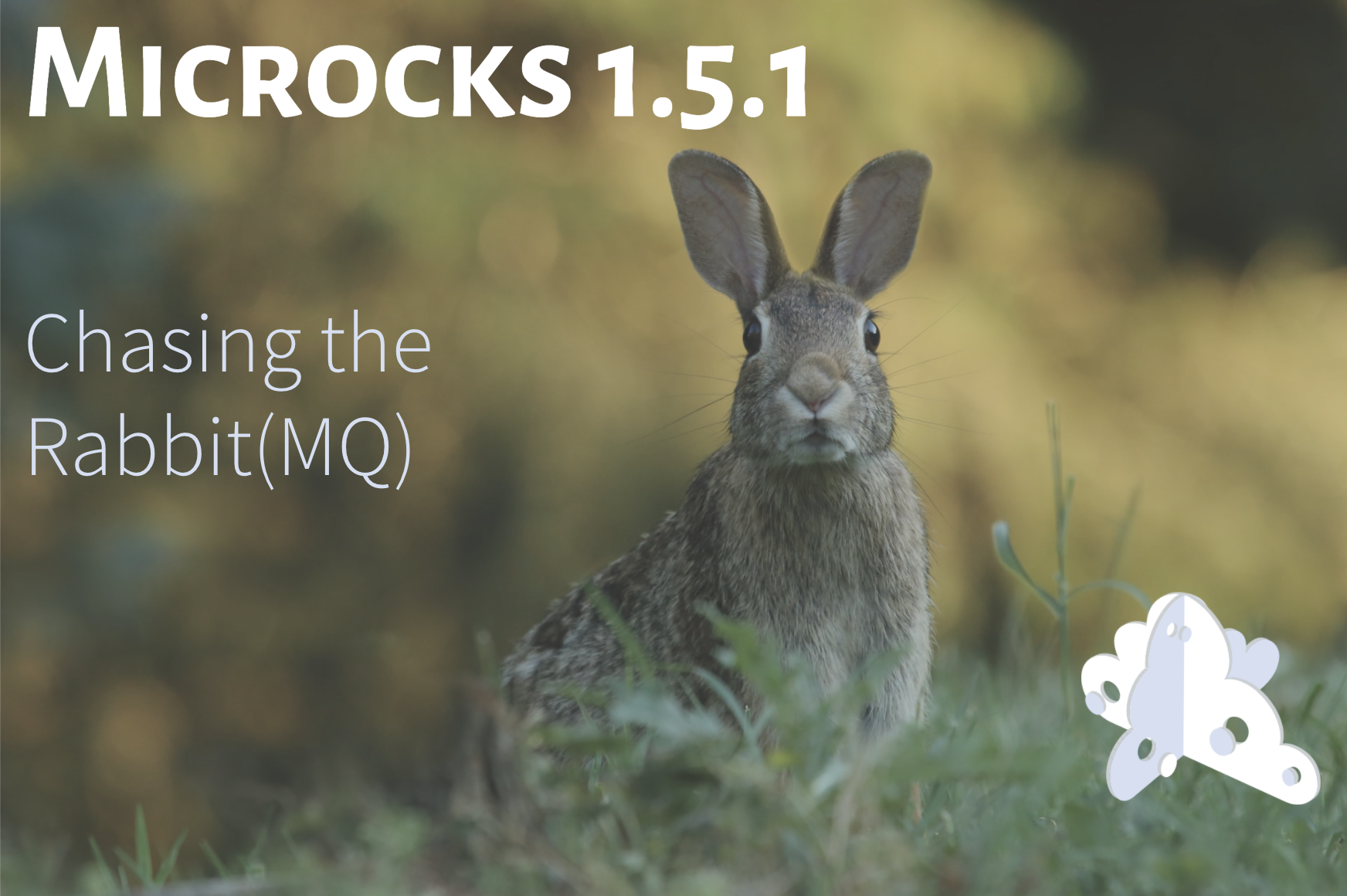 As we’re also entering the Easter season, we couldn’t resist insisting the rabbit side of things 😉

Let’s do a review of what’s new on each one of our highlights without delay.

AMQP/RabbitMQ, you asked for it: here it is!

With tens of thousands of users, RabbitMQ 🐇 is one of the most popular open source message brokers. It uses AMQP - the Advanced Message Queuing Protocol - in version 0.9 (not to be confused with AMQP 1.0 protocol that is quite different).

At Microcks, we identified the importance of RabbitMQ as it appears in high priorities in previous community polls and is one choice technology in NodeJS or Java Spring communities ☕

As usual, we integrate with AsyncAPI Bindings directives that you include into your AsyncAPI document to seamlessly add the RabbitMQ support for your API:

Of course we support queues and all the different types of exchanges for both mocking and testing.

Whereas mocking just requires adding the binding, testing needs to be familiar with new RabbitMQ/AMQP endpoints syntax. Check out our updated Event-based API test endpoints documentation for that. Complete guide to come soon!

Swagger v2, you asked for it: here it is too!

From the origin, we didn’t support Swagger (aka OpenAPI v2) standard in Microcks as Swagger was incomplete and does not allow specifying full examples and request/response mapping. Especially:

So from the start we supported OpenAPI v3 that does not have these limitations. And that was a nice fit for us as Microcks followed the 1 artifact == 1 API mock definition principle.

However we did get feedback from the community and now are convinced that this approach can be too restrictive sometimes. A use-case that is emerging is that some people may have a single OpenAPI file containing only base/simple examples but are managing complementary/advanced examples using a Postman Collection. As a consequence, we implemented the Multi-artifacts support in release 1.3.0.

The thing we didn’t think about at that time is that Multi-artifacts support could also be leveraged to finally support Swagger v2 in Microcks! Allowing you to reuse your Swagger v2 contracts and related Postman Collection have direct mocking and contract-testing within Microcks. 💥

In a similar fashion to gRPC support or GraphQL support in Microcks you’ll first need a Swagger v2 file that will be considered as the primary artifact holding service and operation definitions and rely on a Postman Collection that holds your mock dataset as examples:

Check out our Swagger usage for Microcks documentation that illustrates how Swagger v2 specification and Postman Collection can be combined and used together.

At the beginning of Microcks, we started supporting the SUBSCRIBE operations of AsyncAPI only - with Kafka binding. This because it was the most obvious thing to understand : walking in the shoes of an AsyncAPI consumer. However with more maturity and new implementations (MQTT, WebSocket) we started implementing stuff for PUBLISH operations as well, but this was not backported to Kafka and not very consistent regarding the UI.

We fixed this and got this little drawing below to summarize use-cases: 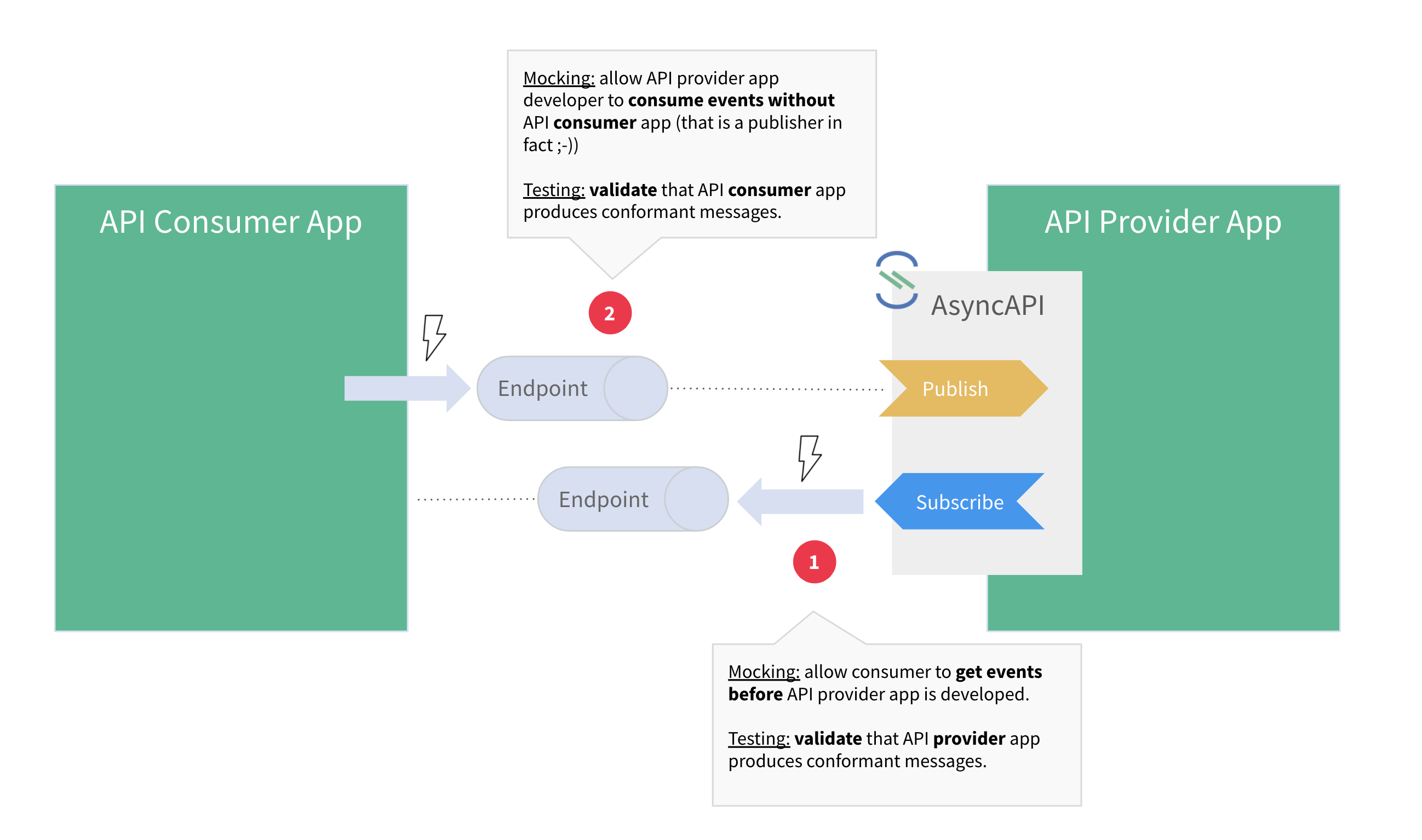 For unknown reasons, the resolution mechanism that was used on import time for AsyncAPI spec files was not available on OpenAPI support yet. However, referencing JSON Schema files from OpenAPI files is now a very common practice. We fixed this.

When using the Kubernetes Operator to deploy on OpenShift, Routes are created to allow external access to the different Microcks services. Before the 1.5.1 release of Microcks Operator, routes were created with default settings regarding TLS so they have to reuse the default configuration for the cluster ingress controller.

Thanks to Arjun (Zulip user) 🙏 for suggesting the enhancement. You now have the ability with Microcks Operator 1.5.1 to specify custom TLS certificates for Routes either through directly putting them into the custom resource or using labels that will trigger cert-utils-operator and cert-manager certificate management services

Community contributions are essential to us and do not come only from feature requests, bug issues, and open discussions. What a pleasure to see people relaying our messages, integrating Microcks in a demonstration, inviting us to events, or even talking about Microcks!

As usual, we will be eager to prioritize items according to community feedback: you can check and collaborate via our list of issues on GitHub.

Remember that we are an open community, and it means that you too can jump on board to make Microcks even greater! Come and say hi! on our Github discussion or Zulip chat 🐙, simply send some love through GitHub stars ⭐️ or follow us on Twitter, LinkedIn and our brand new YouTube channel!

Thanks for reading and supporting us!