We are excited to announce the release of Microcks' Docker Desktop Extension as we always love to support and improve the lives of our community members. 🎉 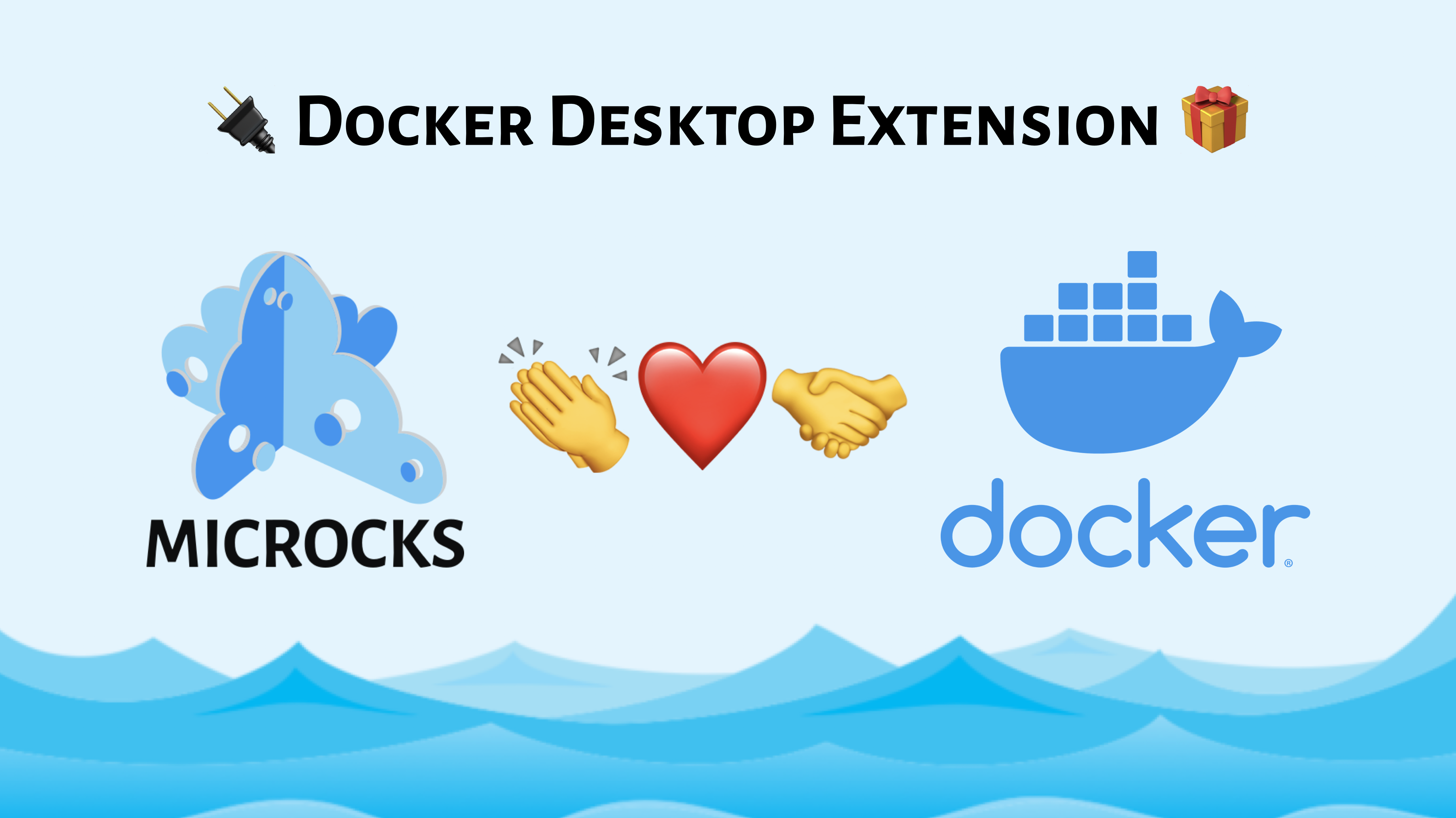 It has never been simpler to set up and use Microcks on a laptop or from anywhere you need or want thanks to Docker Desktop Extension. 🙌

Without further ado, let’s take a quick look at how it functions and what it adds.

What exactly is the Docker Desktop Extension?

By directly integrating a variety of developer tools into your application development and deployment workflows, Docker Extensions enhance the functionality of Docker Desktop. Using the Extensions SDK, you can add debugging, testing, security, and networking features to Docker Desktop and create custom add-ons.

BTW, the nice article by Ajeet Singh Raina lists a selection of curated Docker Desktop Extensions (thank you for mentioning Microcks in the API section 🥇): https://dev.to/docker/a-curated-list-of-docker-desktop-extensions-10k5

If you’d like to learn more about Docker Extensions, please consult the official Docker documentation.

How do I install the Microcks extension?

Microcks community has reported a strong interest in facilitating installation and adoption within their development teams due to Docker Desktop’s ease of use and power on Mac and Windows.

As we are convinced that a video is worth a million words, please see the latest entry below or on our youtube channel for both a 3 minutes demonstration video of docker extension installation and our new Direct API feature 😘

Because Docker Desktop on Linux runs on top of a VM if you want a native way to install Microcks in Linux and are not afraid of CLI, keep in mind that we also support Docker-compose and Podman-compose. 😇

Kudos 👏 to Hugo Guerrero 🙏 from Red Hat for having contributed to the code and doing the super nice video on ”Getting Started in 3 minutes - Docker Desktop Extension”. Well done mate! 💪

Thanks also to the Docker Desktop team for making the validation and certification process a breeze! Lucas Bernalte 🙏 was of great help to understand the details of the extension mechanism. You just rock!

Join us and take part in the open community of Microcks👇

Keep in mind that we are an open community, so you are welcome to join us in making Microcks even better! Come introduce yourself in our Github discussion or Zulip chat 🐙, show your support by giving us GitHub stars ⭐️ or follow us on Twitter, LinkedIn, and our YouTube channel!

Thank you for reading and for your support!